“A brilliant personal exploration of the psychological obstacles to peace in the Middle East, and the tectonic plates of history that have brought two peoples to this tragic impasse.”—Lawrence Wright, Pulitzer prize-winning author

Jerusalem-born trauma expert Ofra Bloch forces herself to confront her personal demons in a journey that takes her to Germany, Israel and Palestine. Set against the current wave of fascism and anti-Semitism sweeping the globe, AFTERWARD delves into the secret wounds carried by victims as well as victimizers, through testimonies ranging from the horrifying to the hopeful. Seen as a victim in Germany and a perpetrator in Palestine, Bloch faces those she was raised to hate as she searches to understand the identity-making narratives of the Holocaust and the Nakba, violent and non-violent resistance, and the possibility of reconciliation. The film points towards a future – an “afterward” – that attempts to live with the truths of history in order to make sense of the present. 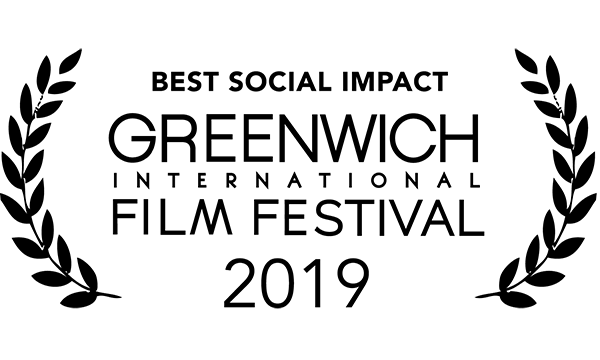 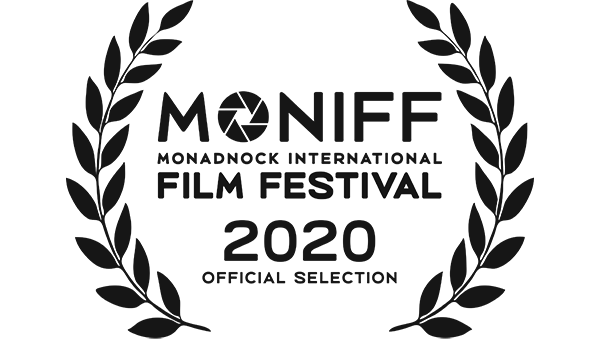 The 2020 Jonathan Daniels Award is sponsored by the Jonathan Daniels Center for Social Responsibility and the Monadnock International Film Festival and is given to a filmmaker whose film demonstrates artistic excellence combined with awareness around a social justice issue. The award is in memory of Jonathan Myrick Daniels, a young Episcopan seminarian, who travelled to Alabama in 1965 to assist with voter registration efforts and who during confrontation sacrificed his life to save the life of fellow protestor Ruby Sales, a sixteen-year-old African American girl.

With her documentary Afterward (2019), the Israeli-American psychoanalyst Ofra Bloch delves into perpetrator-victim relationships and trauma among Germans, Israelis and Palestinians.

NPR's Leila Fadel speaks with Ofra Bloch about her documentary Afterward. Having grown up surrounded by Holocaust survivors, Bloch decided to examine her long-held belief that Germans were bad.

I wanted to stop the cycle of hate and othering before I passed it on to my own sons, to the next generation.

A documentary seeks to find out what people think of Jews, the Holocaust and history.

Review: ‘Afterward’ analyzes the legacy of trauma, fascism and anti-Semitism

“The Act of Listening Requires a Sort Of Surrender to the Narrative of the Other”: Ofra Bloch on Afterward

The growth of political polarization and tribalism worldwide, and what I was learning in my psychoanalytic practice, led me to question my own demonization of Germans.

In this edition of "The Feedback," we spotlight Ofra Bloch’s Afterward. Bloch is a filmmaker and psychoanalyst based in New York City.

Abramorama has nabbed the North American rights to Afterward, director Ofra Bloch's documentary that is executive produced by filmmaker and activist Abigail Disney, whose great-uncle was Walt Disney.

An exclusive clip from the new documentary Afterward.

Anyone who has ever looked at the world (both past and present) and asked why and how people are capable of such acts of horror will be entranced by this psychodynamic documentary.

There is increasing recognition that this psychological disruption reverberates through generations.

A Filmmaker Listens to Germans, Jews and Palestinians

Ofra Bloch's documentary deals with the lingering trauma suffered by Israelis, Palestinians and Germans as a result of such events as the Holocaust and the Nakba.

is a filmmaker and psychoanalyst in private practice in New York City. She grew up in Israel, where her deep interest in the short and long-term effects of trauma originated. She has volunteered with Doctors of the World, where she interviewed victims of torture, and wrote their affidavits. She began making short documentaries 10 years ago. AFTERWARD is her first feature documentary.

has written, directed and produced a wide range of work across the five boroughs of his native New York City and around the world. His critically acclaimed documentary feature THE SEVENTH FIRE premiered at the Berlin Film Festival and received a NYTimes Critics’ Pick during its theatrical release in North America and the UK. A graduate of Harvard’s VES Film Production Program and Werner Herzog’s Rogue Film School, Jack’s films have screened at festivals and venues including New Directors/New Films, the Institute of Contemporary Arts, the New Museum, and the Museum of Modern Art. In 2008, Jack launched the production company All Rites Reserved, dedicated to producing films with global reach that push visual and conceptual boundaries.

is a filmmaker, philanthropist, activist, and the Emmy-winning director of THE ARMOR OF LIGHT. As president and CEO of the documentary production company Fork Films, she produced the groundbreaking PRAY THE DEVIL BACK TO HELL and co-created the subsequent PBS series WOMEN, WAR & PEACE, which looks at women in modern war as active agents for peace and positive change makers in their communities. She is also the founder of the nonprofit Peace is Loud, which uses storytelling to advance social movements, focusing on women’s rights and gender justice.

is an award-winning independent filmmaker. Most recently, he directed and produced RESTLESS CREATURE: WENDY WHELAN, which had its world premiere at the New York Film Festival ahead of an exclusive release on NETFLIX. Schlesinger has also produced many critically acclaimed documentaries, including AI WEIWEI: NEVER SORRY (IFC/Sundance Selects), the Emmy-nominated SMASH HIS CAMERA (HBO, Magnolia Pictures), and the Emmy-nominated PAGE ONE: INSIDE THE NEW YORK TIMES (Magnolia Pictures, Participant Media).

has collaborated with accomplished directors on complex, far-reaching documentary films since 2007. After a stint as a professional musician, he was assistant editor on Martin Scorsese’s two-part George Harrison documentary, LIVING IN THE MATERIAL WORLD. He joined teams of editors on Alison Ellwood’s epic rock-doc, HISTORY OF THE EAGLES, THE 50 YEAR ARGUMENT, co-directed by Martin Scorsese and David Tedeschi, and THE SEVENTH FIRE, a raw, vérité look at Native American gangs directed by Jack Pettibone Riccobono. Michael has cut several films for Alex Gibney’s Jigsaw Productions, including the Emmy-nominated ELIÁN, and STEVE JOBS: THE MAN IN THE MACHINE, on which he also served as co-producer.

is an award-winning freelance cinematographer based in New York. He works professionally on a wide range of documentary, narrative, commercial and corporate projects around the world, ranging from issues like economic development in Africa/Europe, to life aboard US NAVY aircraft carriers, to a science series about infrastructure networks (food / transportation / manufacturing / energy). Recently, he has done work for BOMBSHELL a documentary about the lesser known inventions of Hedy Lamarr and LINCOLN, a project exploring the legacy of Lincoln as it pertains to the current state of the GOP.

started his musical journey as a classical violinist at the age of four, eventually graduating from the Conservatory of Music in Katowice, Poland. In the field of composition Lechowski has scored over 50 projects, including feature films, documentaries and theatre plays. Lechowski is a Fellow of the Sundance Institute Composers Lab and the Berlinale Talents alumnus. He was selected for the leading film scoring workshops including ASCAP/Columbia University Film Scoring Workshop, the NYU/ASCAP Television & Film Scoring Workshop and the Society of Composers and Lyricists Mentorship Program.

To support our outreach efforts
with a tax deductible contribution
please remit your check to:

Be sure to list the film’s title in the memo line!

In US and Canada:

In Australia and New Zealand: